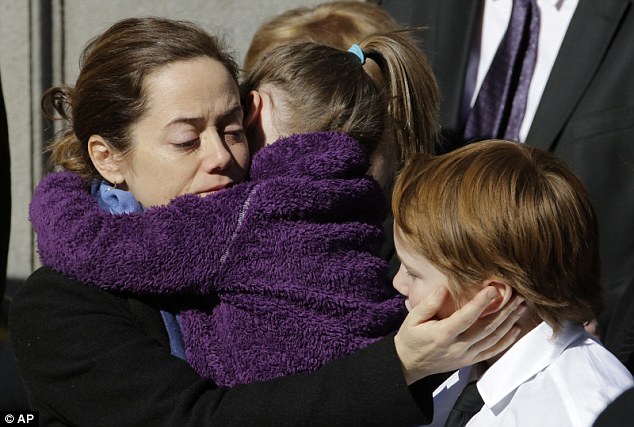 Birth Family’s Loss is one aspect of Loss in Adoption

When a birth parent or parents makes an adoption plan for their child [usually a newborn or infant], for most it is both a decision of ‘last resort’ as well as a decision in which the birth parent puts the needs of the child ahead of her or himself.

The reason we say ‘for a newborn or infant’ is because when a child is available for adoption later than infancy, it is often because Child Welfare authorities have been involved with the family and the decision to place a child for adoption is one that has been made by the courts rather than the birth parent or family.

For the birth parent and her or his family, the Loss of the Child is a real and extremely painful part of their lives and ultimately, the life of the child her or himself.

Today, in 2018, in North America, there is a strong trend to various degrees of Openness in Adoption.  Many birth and adoptive parents have agreed to full, identifying information being shared and in a great many cases, the birth and adoptive parents, sometimes including extended families, have met.   We, at Milestones & Transitions, social work practitioners in Adoption support this trend and believe that openness rather than secrecy is best and bodes well for both families, and most importantly, for the adopted child / person as he or she grows up and matures.  In many cases, birth and adoptive families exchange letters and phone and video calls and in many cases, the families meet from time to time over the years.  The child is raised with awareness and knowledge of his or her birth family and secrecy has been removed.

This is not always an easy journey.  We would liken it, perhaps, to a marriage wherein one may have chosen his or her spouse, but ‘inherited’ the spouse’s extended family.  The adoptive family may consider the birth family to be ‘in laws’ or sometimes ‘out laws’… people to whom they have a connection and with whom they’ve promised to maintain a connection, but not something they may have chosen otherwise.  Every family has its own rules and norms.  People have different values and experiences.  As anyone who has been married or in a long term relationship knows, it usually takes some effort to ‘get along’ with all the in-laws.

In Adoption, we have found it is crucially important to establish and maintain open and honest communication between the families.  After all, both families want the best for the child.

In earlier times, the typical non-relative adoption was one based on confidentiality and often promises of secrecy.  One of the primary tasks of social workers in the 1950’s and 1960’s was to impress upon adoptive parents that they had an obligation to tell their child that he or she was adopted.  This was difficult to accept for some adoptive families for a variety of reasons.  It was still the age of ‘as if born to’, meaning that the agency placing the child would try to ‘match’ the child and family according to physical, ethnic, religious, intellectual qualities.   Perhaps the actuality of Loss that the adoptive parents experienced earlier in terms of infertility or miscarriage or neonatal loss was not fully explored, thus not allowing the adoptive parents to mourn their earlier losses.   Adding the obligation of telling a child he or she was adopted may have been ‘too much’ for some families and all of us have heard stories of adopted persons only finding out that they were adopted at a parent’s deathbed or funeral.

For birth parents and their families, practices of the past generally meant that they would never see the child again nor have the opportunity, ever, of meeting that child.  Their pain must have been unbearable. Today’s adoptions wherein there is usually at least some degree of contact likely eases the pain of birth families some, but their pain of not being able to raise the child within their own home or family is intense.

Society often looks at the joys of adoption.  Loss is also an integral part of Adoption.