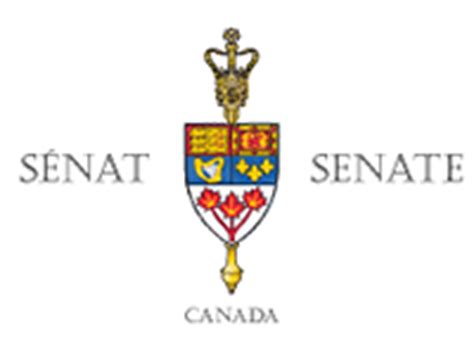 Response to the Senate Report on Adoption Practices in Canada in the 1940’s – mid 1960’s.  An apology is long overdue!

In July, 2018, The Senate of Canada released a report on the Child Adoption Practices in  Canada during the 2 decades immediately following World War 2. The report, prepared by the Committee  on Social Affairs, Science and Technology, describes how “The Shame Is Ours” by reassigning  the shame, previously directed to unmarried  women who gave birth  to a child, to  practices governing adoption in Canada  at that time.

Indeed, the period  between 1945 and 1965 has been described  as a shameful period in  Canadian history when  Human Rights may have been violated. The social ideology of the time  supported and promoted  the  traditional nuclear family  to the extent that vulnerable  populations  were  overlooked, scorned at,  and sometimes abused.  Within this context, much shame was  directed at  any woman who became pregnant outside of marriage. Often she was abandoned by her family and friends and had no choice but admission to a home for unwed mothers  in which punishment, rather than compassion was the order of the day. In order to protect her and her family from ongoing shame, her circumstance and whereabouts must be kept secret. There should be no contact with family or friends. Within the institution and during labour and delivery  she was treated with disrespect and in some cases with cruelty and abuse.  There was no choice but to ”surrender” her baby for adoption. The opportunity to plan her baby’s adoption , or even to provide input in the adoption plan was not extended to her. Neither was she given the opportunity of seeing her baby. She was told to forget her baby!

The  shame and need for secrecy did not end there. Banished from the entire experience, the birth father’s name  was frequently not on the child’s birth certificate and the child was branded “illegitimate “.  The sealing of adoption records was thought to protect the child  from  public knowledge of his adoptive status which was thought to have a detrimental effect on his development.

And now, 50+  years later, the Committee’s findings point up the need for an apology to members of the adoption network whose lives have been negatively impacted by these shameful adoption practices. It has been found that mothers who were forced to surrender their babies at that time have experienced lifelong unresolved grief, emptiness and longing for the child they were forced to surrender. Approximately 1/3 of the mothers did not have further children and depression was a frequent finding. The negative impact of sealed records on adoptees has been very well documented. This committee found that adoptees feel their right to their personal information has  been violated and that they have been deprived of their identity and of knowing who they are.  A feeling of having been abandoned was a frequent finding among this group.

By the mid sixties in Canada, adoption practices began to change. The Canada Assistance Plan allocated support to homes for unwed mothers, to adoption agencies and for casework services to be provided to parties to an adoption.  From that time until today, mothers are not forced to place their baby on adoption but are assisted in exploring all options including parenting their baby with the help of resources and assistance programs available to them. Birth fathers are very much encouraged to participate in counselling and both parents are required to obtain legal representation before voluntarily signing adoption consents. In the majority of cases in which birth parents choose adoption for their child, their adoption plan includes an openness agreement, signed by birth and adoptive parents specifying ongoing contact with the adoptive family they have chosen for their child. Major steps towards universal opening of adoption records were legislated  in Ontario by the 2008 Adoption Information Disclosure Act.  In the past, when adoption was kept secret, the special role requirements of adoptive parents were not recognized.  In order to better understand the to meet the special needs of adopted children, adoptive applicants are now required to complete pre service training in preparation  for adoptive parenthood.

A similar study was carried out in Australia with very similar results of similar adoption practices and closed adoption records. As with the Committee’s report, a public apology to the parties so affected was recommended.  However, as stated in the report, an apology must provide reparation through action.

In addition to and in support of a public apology, the Committee recommends a fund to support training programs for professional counsellors  that is appropriate to the needs of individuals affected by past adoption practices  and  the provision of counselling services  to mothers and adoptees.

We have come a long way in recognizing and serving the needs of parties to adoption.  Let’s not stop here.